Himachal’s Apple Production gets a Boost with GSFC’s Fertilizers

Speaking on the occasion, Shri Jai Ram Thakur said, “Himachal’s Rs. 4,000 crore apple industry is the second-highest apple producing state in the country. And now, I am glad that the GSFC, promoted by the Government of Gujarat, is bringing its expertise to the apple farmers of Himachal. The fertilizers, being launched today, are formulated specially for apple plantations and will help them grow better produce.” 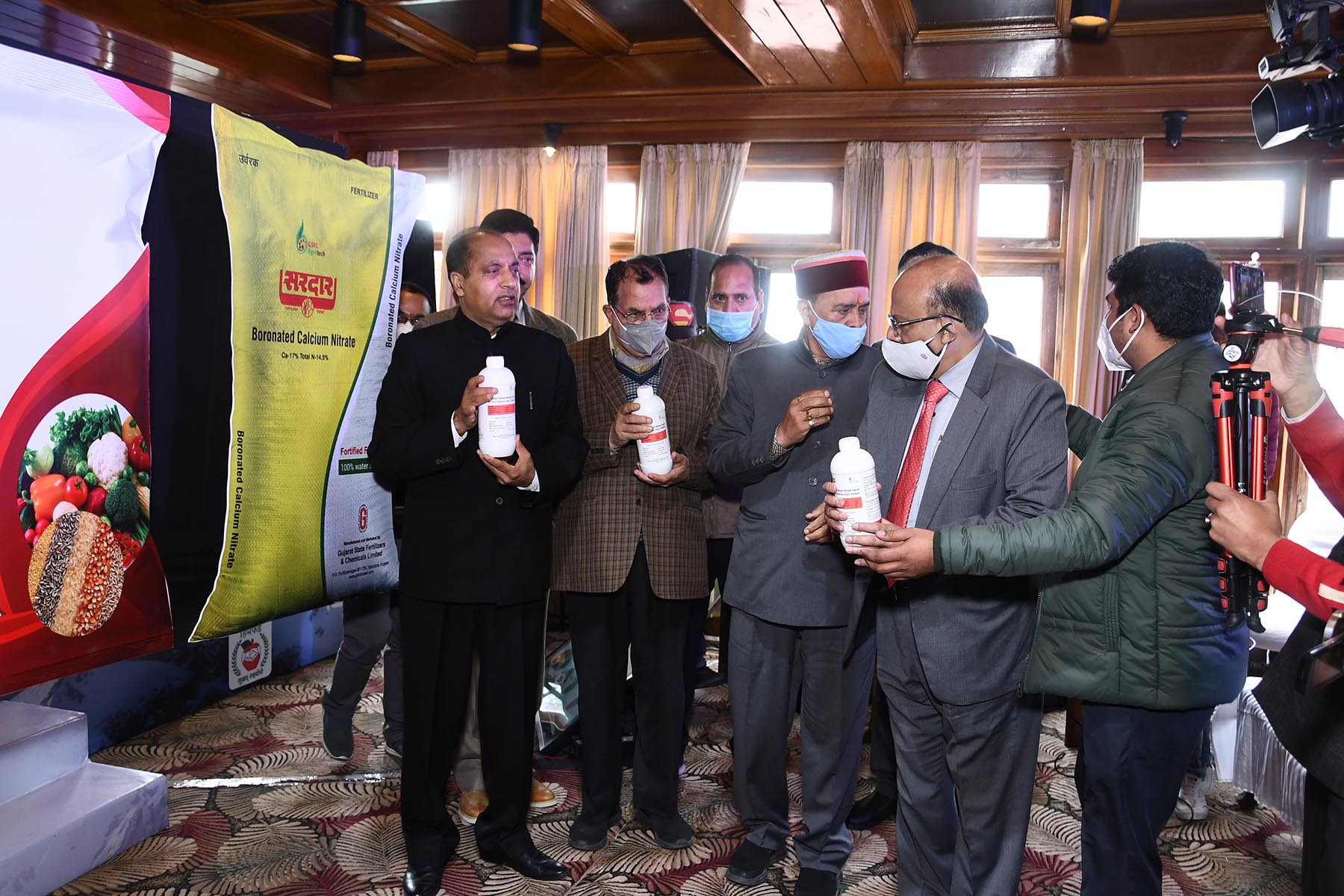 Shri Arvind Agarwal, Chairman & Managing Director, GSFC Ltd., said, “GSFC has taken up a unique initiative to implement the "Self-reliant India" vision of Shri Narendra Modi, Hon’ble Prime Minister. Under this initiative, the company has planned to manufacture 21 such products which are predominantly imported, and most are imported from only one country. A month ago, we launched two such products, Calcium Nitrate and Boronated Calcium Nitrate, manufactured by GSFC company. Today, in this product series, Liquid Boronated Calcium Nitrate is being launched from Himachal Pradesh which is a matter of pride for all of us.”

The other two products which are being launched in Himachal Pradesh today, Ammonium Sulfate and ‘Nutri+’ i.e. fortified Gypsum, are also leading products of the GFSC Company. Along with this, Calcium Nitrate and Boronated Calcium Nitrate, which were launched last month, are the best fertilizers for apple crops. Together, all these fertilizers will be particularly beneficial for apple as well as other horticulture crops.