Following are the Intiative taken by GSFC under "Atmanirbhar Bharat"

For the first time in India, indigenously manufactured fertilizer, Boronated Calcium Nitrate, will now be available to our farmers. 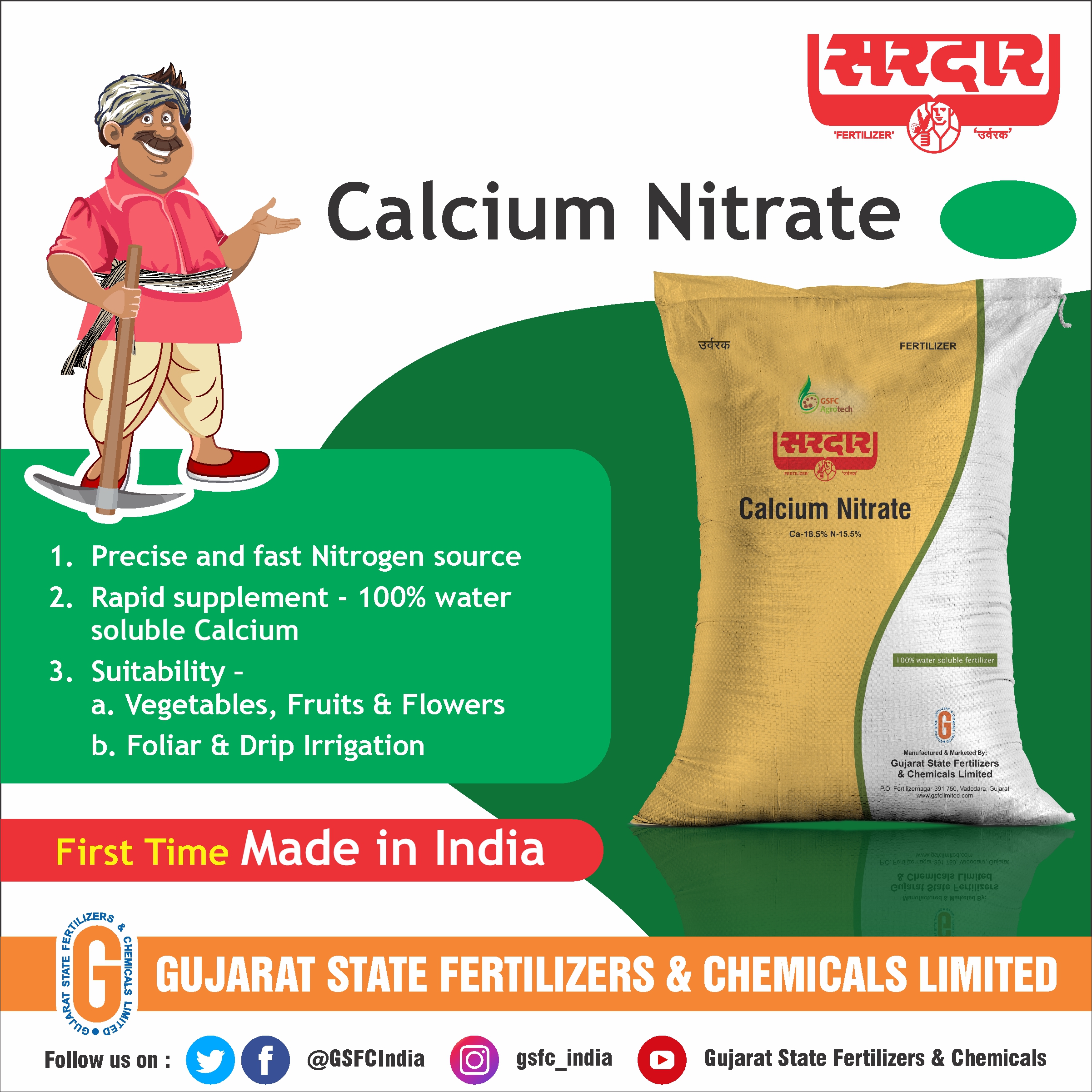 Gujarat State Fertilizers & Chemicals Limited, Baroda has a Methanol plant with installed capacity of 525 metric tonnes per day. This plant was commissioned in 2013 and was operated for 11 months. Due to non-viability, the plant was shut down in April 2014.

Now, after more than 6 years, GSFC has re-started this plant. Methanol is being produced from 31st August 2020 as per the prescribed specifications and quality. Re-start of GSFC`s Methanol plant is a step towards fulfilling Hon`ble Prime Minister`s vision of `Aatmanirbhar Bharat`, and will help in import substitution.

The plant is running smoothly and sales have started in the domestic market. The first consignment of 30 tonnes was dispatched on 31st August. The plant will reach daily production of 470 MT by 10th September.

GNFC and RCF are the only two companies producing Methanol in India. Hence, the demand is met by imports primarily from Middle East countries.

Restart of its Methanol plant will increase GSFC`s turnover by Rs. 150 crore in the current financial year.